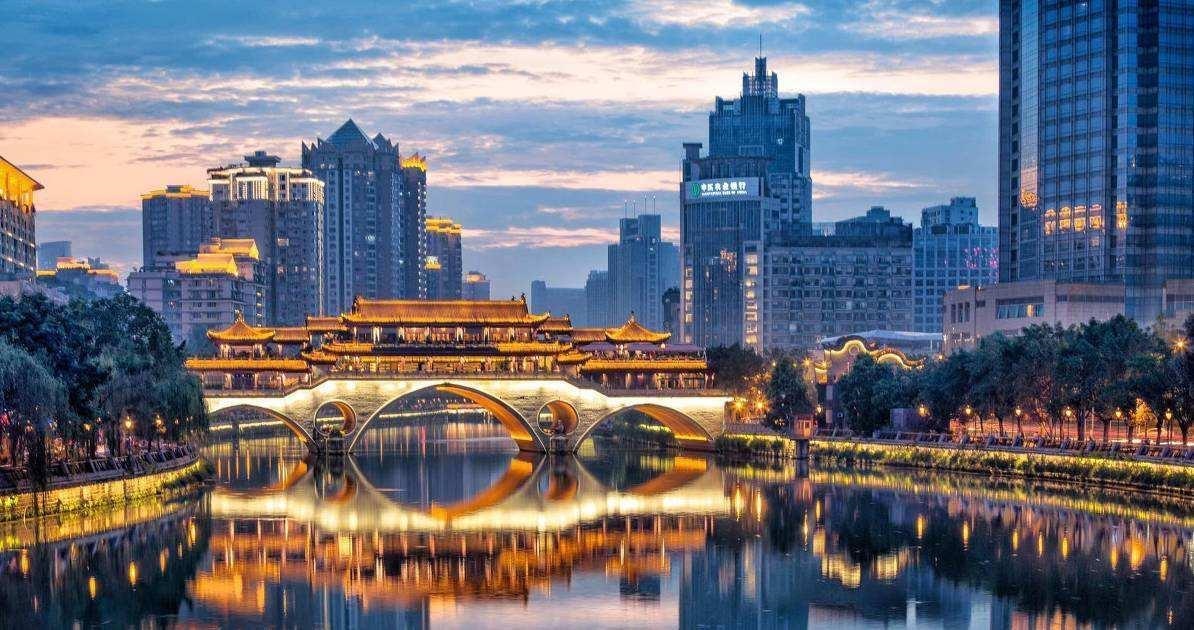 Chengdu is located in central Sichuan Province, China. The surrounding Chengdu Plain is known as the "Country of Heaven" and the "Land of Abundance". Its prehistoric settlers included the Sanxingdui culture. The site of Dujiangyan, an ancient irrigation system, is designated as a World Heritage Site. The Jin River flows through the city. Chengdu is now one of the most important economic, financial, commercial, cultural, transportation, and communication centers in Western China. Its economy is diverse, characterized by the machinery, automobile, medicine, food, and information technology industries. Chengdu Shuangliu International Airport, a hub of Air China and Sichuan Airlines, is one of the 30 busiest airports in the world, and the Chengdu railway station is one of the six biggest in China. Chengdu also hosts many international companies and more than 12 consulates; more than 270 Fortune 500 companies have established branches in Chengdu. Chengdu is the seat of the Western Theatre Command region of the People's Liberation Army. Chengdu will host the FISU Summer World University Games in 2021, an international multi-sport event. It is considered one of the most livable cities in China.